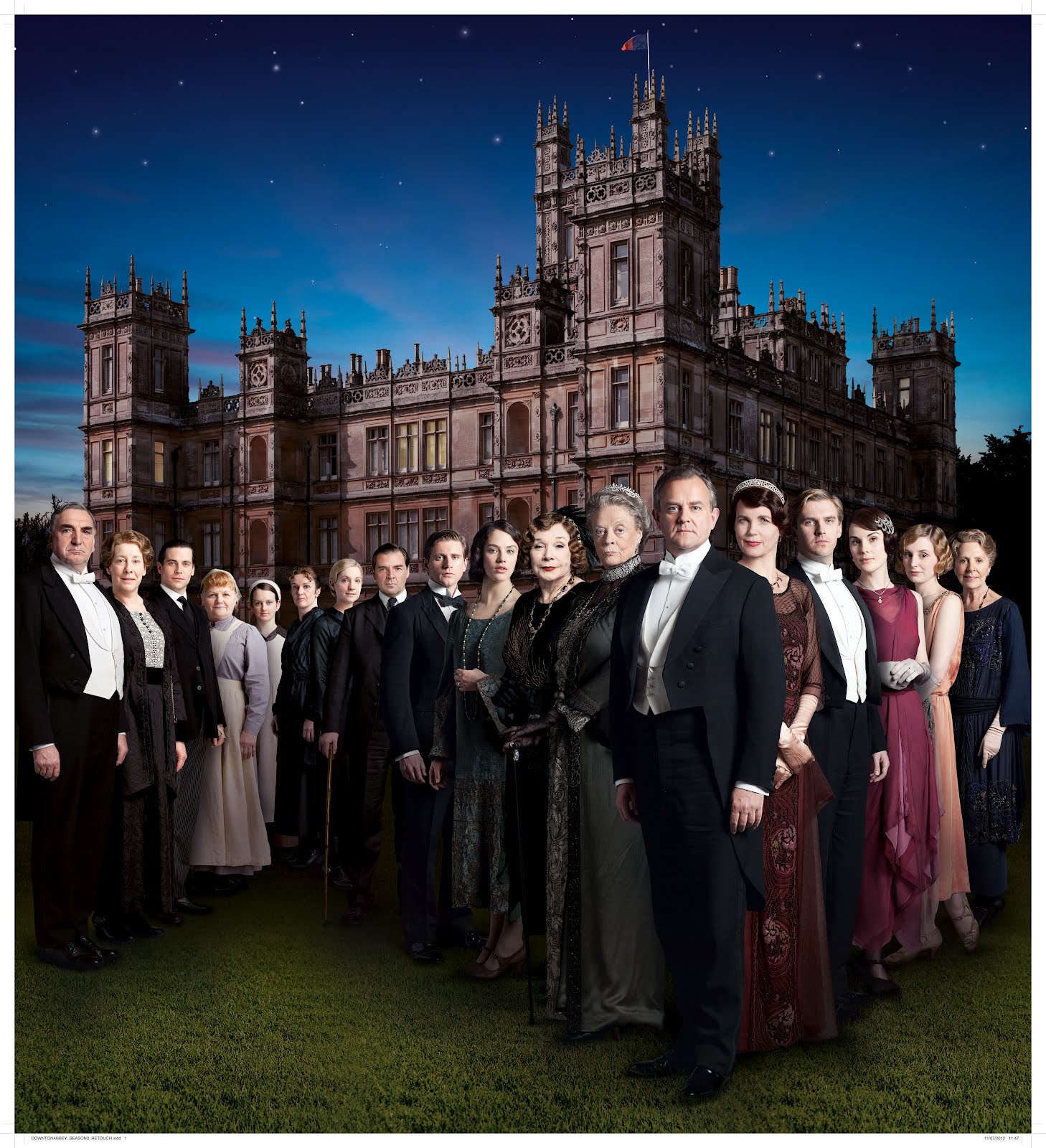 Downton Abbey kicked off the New Year this past weekend on PBS by taking us all back to 1920 where the theme of the new season was the tug between tradition and a rapidly changing world. As I settled in for this guilty pleasure du jour I realized the Crawley family members were facing the same issues as my readers: How much should they stick with long-held marketing traditions like the newspaper and the Yellow Pages versus bobbing their hair and raising their hemlines?

Yes, in a manner of speaking 2013 marketing techniques show a lot more leg. So while Lady Mary and the other Grantham girls were comparing notes about what they did and didn’t like about 1920’s new hemlines and bobbed hairdos, let’s look a bit more closely at how the skirts are getting raised in 2013 marketing.

Have you noticed those irritating-as-all-get-out banner ads that once littered every online newspaper page and drove you batty when your mouse accidentally rolled over them are now vastly fewer in numbers? That’s because they don’t work. What marketers had overlooked in promoting online banner ads was that they were doing the same thing online as they had been in traditional advertising: interrupting the viewer from another activity she preferred.

[Maggie Smith] gets in between everyone ele’s lines!) Being interrupted with something you like is much more appealing than being interrupted by something you dislike, as the Dowager Countess notes about the brash, American-ized interjections of Martha Levinson (Shirley MacLaine) at the dinner table. Hence, the world of marketing is in transition to native advertising, which more seamlessly integrates into various digital publications without the feel of rude interruption.

Lest you have visions of banner ads wearing loin cloths and fancy feathered headdresses (also seen in abundance on Downton Abbey) when imagining “native advertising,” suffice it to say that it is all about display ads that flow naturally from the content of the post/article being read. For example, an article describes new construction techniques using green materials. The ad(s) positioned mid-story online shows a circular saw and describes how it requires less power/carbon footprint than other similar power tools.

Native advertising also looks a lot less like the familiar, traditional display ad and much more like a user-created ad. In the above example, instead of a Photoshopped picture of the circular saw with a neat stack of accessories positioned to the side (traditional), the image is of slightly poor quality, partly blurry, with an arm and torso in frame holding the saw. If the ad is clicked on, you’d get to see a testimonial from a carpenter (who belongs to that arm and torso) advocating the saw’s positive features.

These types of native ads are already in use (albeit not quite as seamlessly integrated) on Facebook and other platforms. On the popular social site, native ads can be seen primarily as “Sponsored Stories” or simply “Sponsored.” Often these are “ads” – but they may not seem like an ad as you know it – made by promoting a customer testimonial or “Like” from a business page’s post.

In the other camp is tradition. Lord Grantham, in this season’s opener, is faced with a crisis affecting the very existence of Downton Abbey. This is not unlike the crisis that has long been running for newspapers and Yellow Pages alike.

Lord Grantham, like many who’d like to see their businesses survive and thrive for decades beyond 2013, holds fast to his vision of Downton Abbey as a hub of activity and thriving center of employment for many. Similarly, you may be looking at how well your ‘tried and true’ advertising venues have been performing these past few years. If, like many, you find traditional mediums such as the local paper and phone book to be lacking in results, you’ll need to begin to find new sources of clients.

Even the Dowager Countess, a stalwart supporter of traditions, concedes that in the face of the loss of their primary source of income, “Perhaps there is some other source of revenue we have overlooked?” She even begins to make friends (as best she can) with Martha Levinson, in the hopes some revenue can be obtained from her daughter-in-law’s wealthy mother.

Will Downton Abbey have to be sold? (Spoiler alert!) Will you need to try new advertising methods and venues?

The good thing is that things don’t actually change too fast. We are as unlikely to see the Dowager Countess in a flapper dress as we are to see a business catering to seniors eschew all forms of traditional advertising.

The key is first to recognize the need to change if you aren’t already attracting enough customers as the New Year begins. Next, determine what attraction methods aren’t working. Finally, choose what modern tools and venues are most likely to attract the client base you desire.

While it’s unlikely we’ll see the Dowager Countess ever use a smartphone, it’s almost a certainty you’d see Dame Maggie Smith using one off the set. Wouldn’t it be nice to know what zingers she drops on the phone?